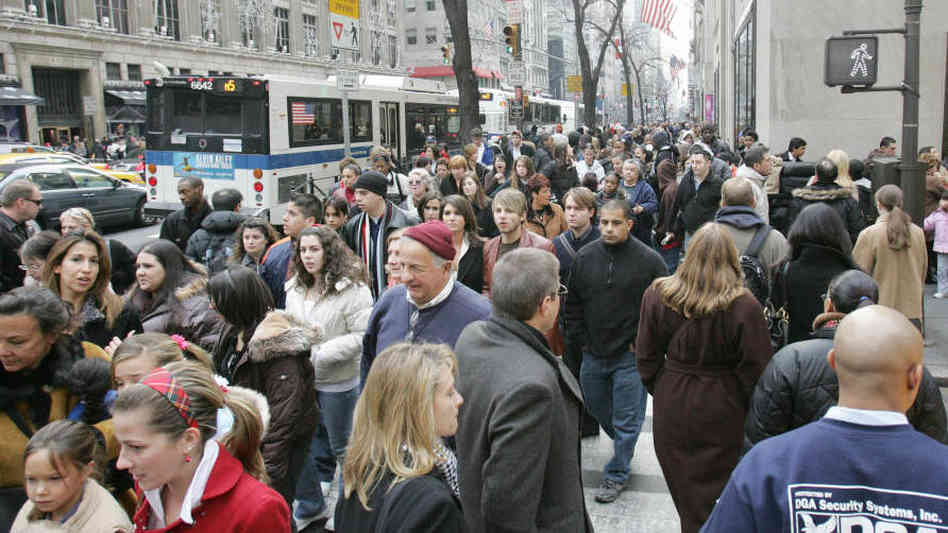 If you’ve moved to New York City from a more suburban setting you will occasionally reach a state of mind that is not of the New York variety. I know, Billy Joel sings a persuasive anthem but there’s sometimes a yearning for a simpler life in this complicated place. The pace can be overwhelming for those who would like to read a label in the grocery store or even linger for a moment at the selection of canned tomatoes. Not possible here. Know exactly what you want, get in, get your stuff and don’t you dare use a shopping cart that clogs the already congested aisles. Carry everything in a basket and keep it tucked close to your body—along with those elbows. Then lug those heavy bags home on crowded sidewalks with pedestrians moving at a frenetic pace. Don’t even think about slowing your gait and if you need to shift the bag to the other hand, pull to the side. Proceed quickly, do not stop or you’ll certainly be told by one of the locals, “What the fuck are you doing?” or “Hey, dumbass, you can’t block the sidewalk.” OK, I admit I’ve corrected my share of tourists. I’m a little bit kinder—but not much.

Every few months I long for the lavishness of a huge shopping cart, opulence of wide aisles, and, of course, the decadence of a car filled with groceries to be carried the briefest few steps from the trunk to the home. That’s when I schedule my spa day—at Costco. 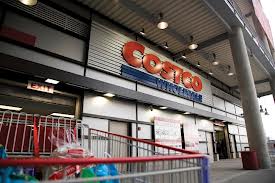 A friend of mine has a membership. Well, actually her father in Texas does and I can’t remember how we got on the subject but once I knew she was a “legacy in the making” I suggested she ask to be added to his account. A couple of days ago I picked her up (in my car!) and we headed to the Harlem Costco. I love these trips. My friend has lived in the city for most of her adult life but occasionally longs for the simplicity the suburbia of her youth provided. We like to meander down every single aisle while discussing earthshaking topics such as the “The Real Housewives” of whatever city is currently on Bravo, or the undeniable need for 100 plastic storage containers with color-coded lids.  My shopping list was short, cat litter and Diet Coke, but I brought three hundred cash because one never knows when the perfect memory foam/cool gel pillow or cozy pair of slippers might materialize. Bought both. We also look forward to the samples. We’ll try just about anything—especially if it’s highly caloric or carb-packed. Unfortunately on this trip, Costco decided to go all healthy. Greek yogurt spread on pita chips and veggie/fruit smoothies—chock full of Omega this and that. Spare me.

We always catch up during our wanderings and she asked about the New Year’s Eve party I was going to attend. It started out with promise—a big party at a private residence in Chelsea. Then it transitioned. First was the email instructing guests to bring their favorite libation. OK, I planned to take a bottle of good champagne for the hostess so that wasn’t too annoying, but still, it felt a little frat party BYOB and the only role I could play these days at a fraternity is House Mother.  Next, a second email instructed guests to sign up to bring some sort of snack. That note closed with the guidance to come dressed in “cocktail attire.” Really? You want me to put on fancy clothes then schlep guacamole and chips? The party had transitioned into a potluck—not that there’s anything wrong with potlucks. I just wouldn’t show up to one in sequins and four-inch heels carrying a platter of Rumaki. My friend was equally appalled—one of the things I love about her. I didn’t attend that soiree but instead took the bottle of Perrier-Jouet downstairs and shared it with my favorite neighbors. They provided caviar—my kind of potluck. 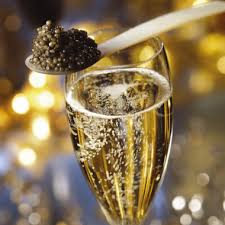 I was giving serious consideration to hosting a party next New Year’s Eve, I told my friend. She thought that was a great idea and reminded me that by the end of 2014 I’d be married.  Yes, you read that right. I’m getting married this year. Now don’t get uppity. I’ve not been holding out and hiding the engagement ring. I, um, haven’t met my husband yet. A psychic (friend of a friend) who said she’s never wrong, told me over a glass of wine that I would meet a man so right and we’ll have a whirlwind courtship ending in marriage this year! Have I ever told you I don’t have any desire to get married again? None.

We walked a few more aisles and segued into wedding plans, which we agreed could be seamlessly combined with the party. I’d invite all my closest friends to a New Year’s Eve celebration and surprise them by getting hitched. Costco, not Disneyland, is the happiest place on earth. Where else can a person plan a lifetime of joy AND buy Charmin in bulk?

Two hours later we headed to the checkout line—the ultimate consumers, it took both of us to push the overflowing shopping cart. I had to run back and snag a plush rug for my bathroom–a last minute must have–even though I already have plenty. You can never have enough plush rugs, though. I think Yoda said that. 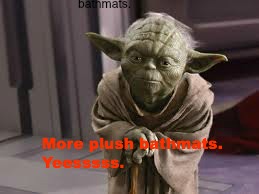 We finished as we always do with a quick stop at the snack bar because there’s nothing like a Costco dog. It is at this stage that we, without fail, misplace our receipts and will later dig through our handbags at the door while security looks on patiently. We could never get away with this level of lameness in our neighborhood grocery stores. We’d be physically tossed to the curb and banned for life.

At the end of the spa day I’m relaxed even as I struggle to find space in my small apartment for the stuff I just bought. The chocolate muffin purchase adds to the Zen-like atmosphere and gives me a way to finish the perfect day with the final fistful of luxury. Seriously, try them. 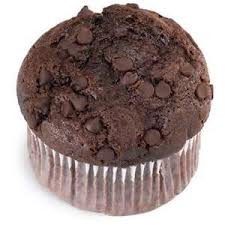 “I love to take things that are everyday and comforting and make them into the most luxurious things in the world.” Marc Jacobs